The Chinese dress, cheongsam, is also known as Qipao, which is similar to a beautiful blossom in the Chinese fashion scene. It is known for its beautiful charm and the Chinese women wear this dress to portray their grace. This dress has short sleeves, a long slit, and a tight fastening. This dress is also considered to be the National dress of Hong Kong. The dress is known to represent a mixture of the Western and the Chinese clothing styles.

Cheongsam started appearing when the women started getting their freedom to modernize their dressing sense and comfort. The Chinese women had no plan to adopt the Western sense of dressing. They wanted to wear something unique, without copying the dressing sense of the Western women. The cheongsam is known to be a representation of a compromise. The dress made use of the traditional fabrics of China like silk. It also had a collar and a fastening on the right side. There were no binding ties.

Cheongsam started representing the politics of modern China. The dress was advertised almost everywhere and it was also worn by all the famous actresses. Unfortunately, as soon as the Communist Party started controlling China in the year 1949, this dress was no more a fashion statement. With time, the dress had also been banned by the Communist Party. 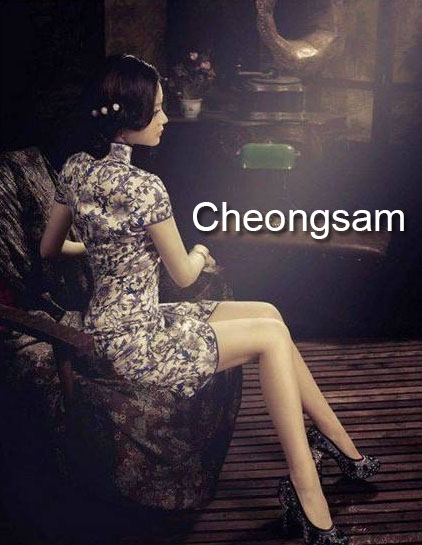 However, the women who belonged to Hong Kong loved this dress. Since Hong Kong was populated with Chinese women, they did not allow this dress to go out of fashion. The dress had gained a lot of popularity particularly during 1950 and 1960. The dress also marked the resistance of Hong Kong to all the changes that were being brought by the Communist Party in China. The Communist Party had started restricting the dresses of the Chinese people.

This dress was also adopted as uniforms in various kinds of services in Hong Kong. In the year 1990, the cheongsam had seen changes in popularity as Hong Kong and China were reunified. The Western designers had also offered different versions of this dress and modernized it completely. The women of Hong Kong wore the cheongsam in order to celebrate the cultural identity. As this dress had gained a lot of importance, the famous company, Mattel Toy, started to issue a unique Barbie doll, which was named the Golden Qipao Barbie.

There are women who still love to wear this unique and striking outfit during any special time. The love that the women of China have for cheongsam is timeless and eternal. During the Chinese New Year, the women wear this charismatic dress. There is definitely something intuitive and new about this dress. This dress was also worn by the Manchus, who were famous for wearing straight and loose dresses. This dress was also used as traditional costumes for the male members of the Qing and the Han Dynasty. Till date, the cheongsam is worn by the Chinese women for weddings and birthday parties.